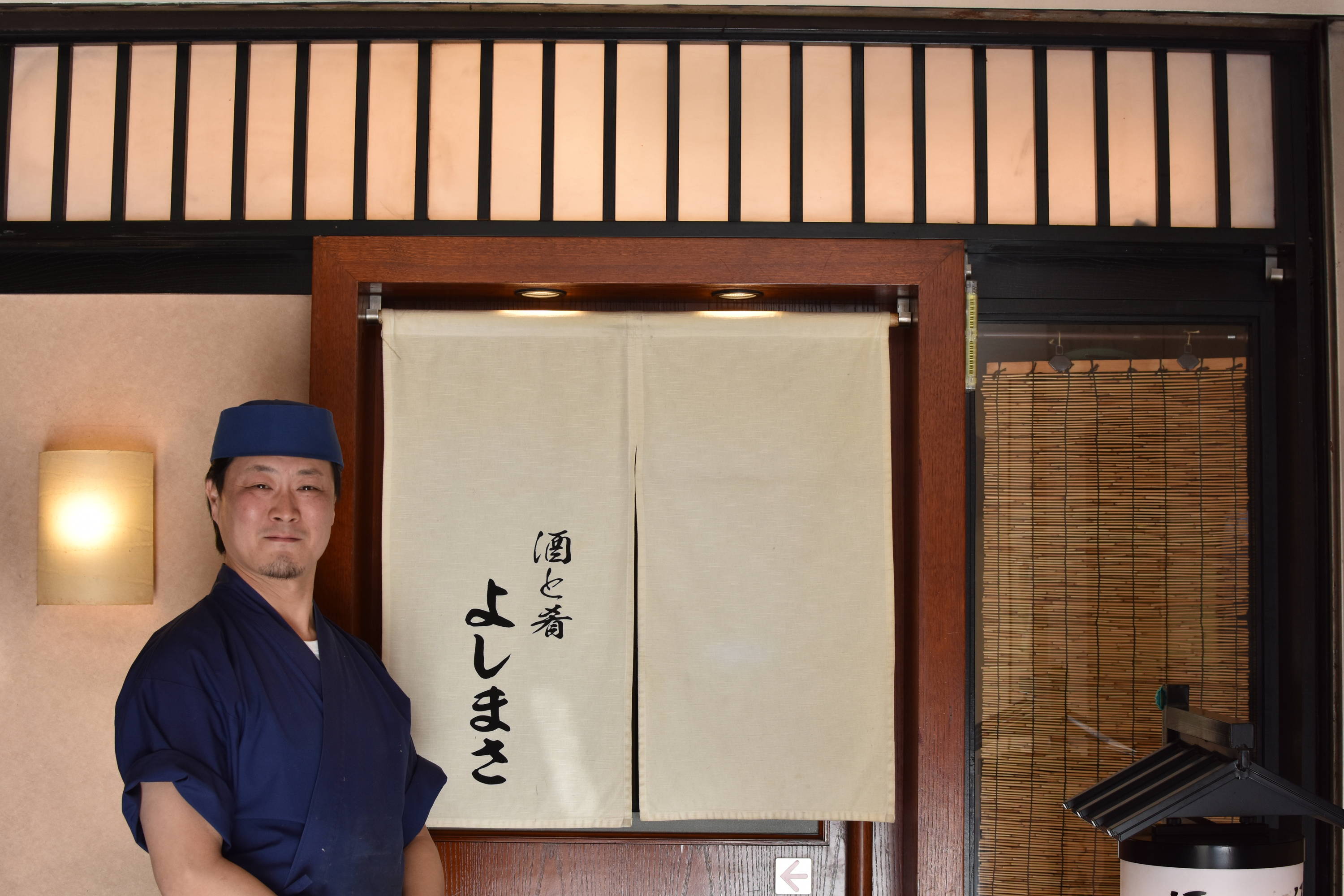 "A restaurant with a passion for knives, will make fabulous food”

As the culinary industry evolves, chef’s have evolved with it.

Their dedication to making high quality food has influenced their passion for the sharpest of knives.

As with only a sharp, precise cut can you truly show respect to the ingredients and draw out their natural flavour. 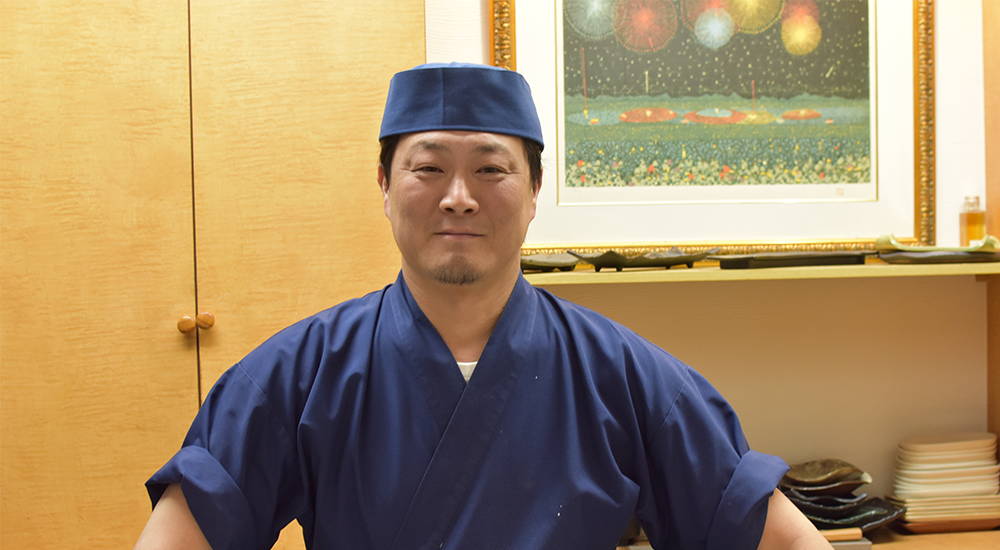 Born in 1972, Chef Yoshimasa entered the hospitality industry at the age of 29, after leaving a career in the machinery industry.

This change of career, came with a heavy anxiety about his future,
many chef’s start out their career at the age of 18 and Mr Yoshimasa worried if he could support himself and his family
or if he could even get a starting job at a restaurant.

“I interviewed at 10 restaurants, and failed each and every interview”

Luckily he found a position at a restaurant in Higashi Osaka.
At the time he had long hair, and felt immediate pressure to trim it back to something more conservative.

His first day was met with laughs from the senior staff at the restaurant, but eventually they would see his determination to succeed.

Chef Yoshimasa, quit after a year, but his reason for quitting shocked his employer.

Chef Yoshimasa wanted to start his own business at some point.
But starting out so late in life meant that his role was doing basic preparation and dishwashing. His employer at the time,
recognising the seriousness of Chef Yoshimasa’s determination,
offered to introduce him to a a restaurant that would help him on his path in the culinary world. 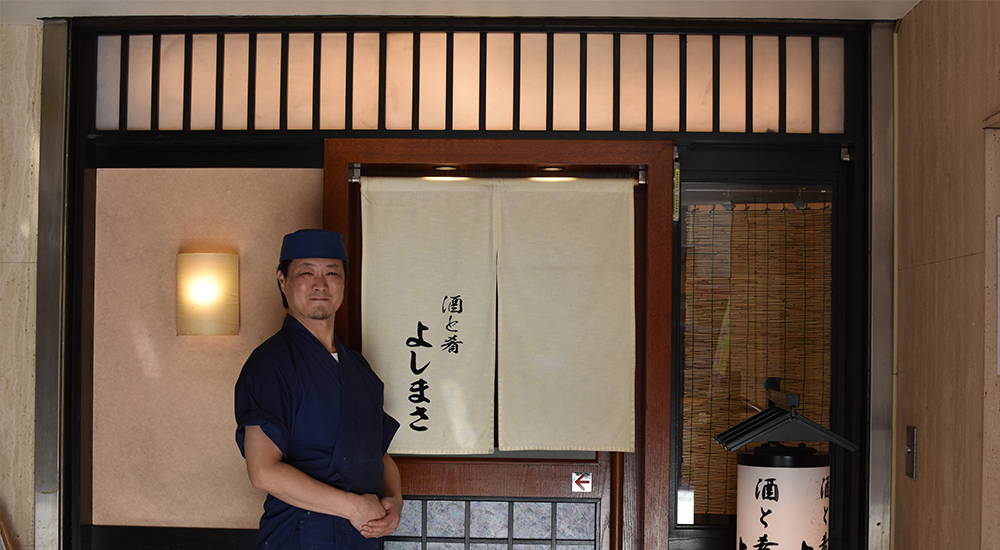 His new workplace, was a restaurant filled with highly experienced staff in Honmachi.

“I had to be there by 7:30AM, it would usually take me 40 minutes from home to work and I would finish after 11:00PM.
My salary at the time was roughly 140,000 yen.
It made my life really difficult. I was 30 years old and have no money. One day after work, i went to a convenience store to buy some food,
but when I put my hand in my pocket, i only had 110 yen, all i good buy was a Croquette.

That evening biting into the Croquette, flooded Chef Yoshimasa with heavy emotions. It was a difficult time. 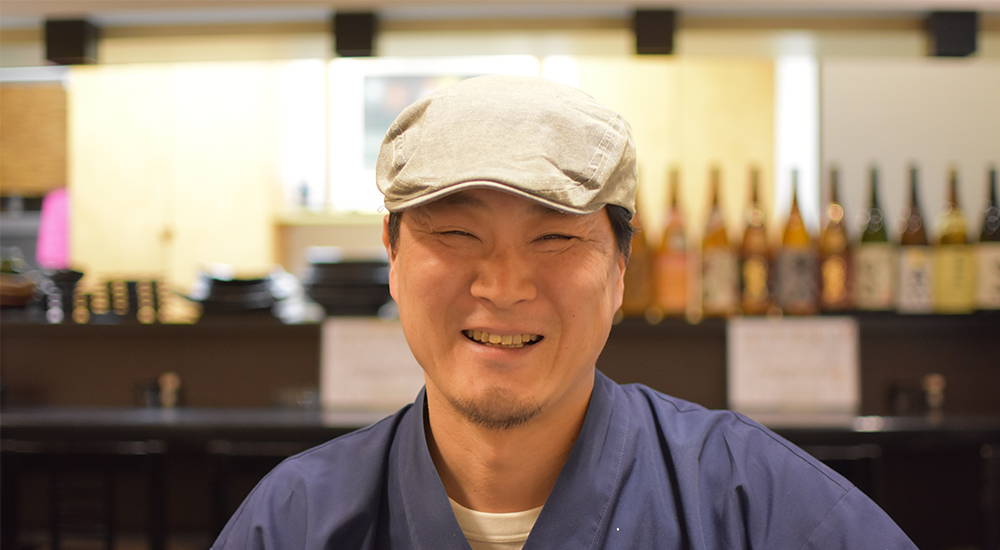 A commitment to tools

” The salary was low, but i felt like I was paying off my tuition fee, so I tried my best”

On one occasion, Chef Yoshimasa was chastised by his boss for neglecting to care for his kitchen tools.

“I remember being so angry with my boss for that”

It had been quite the shock to Chef Yoshimasa, who at the time, had thought only his arm was an important tool.
However, with so little money , he couldn’t afford to by good tools, so focused on mastering his skills.

“I realised how right my boss was by the time I moved to my next workplace,
it was a Fish restaurant, and I learnt so much from the chef’s there. Handling different size fish and each person ,
working in their own way. I learnt more about caring for my tools and always remembered my old boss’s words to me.” 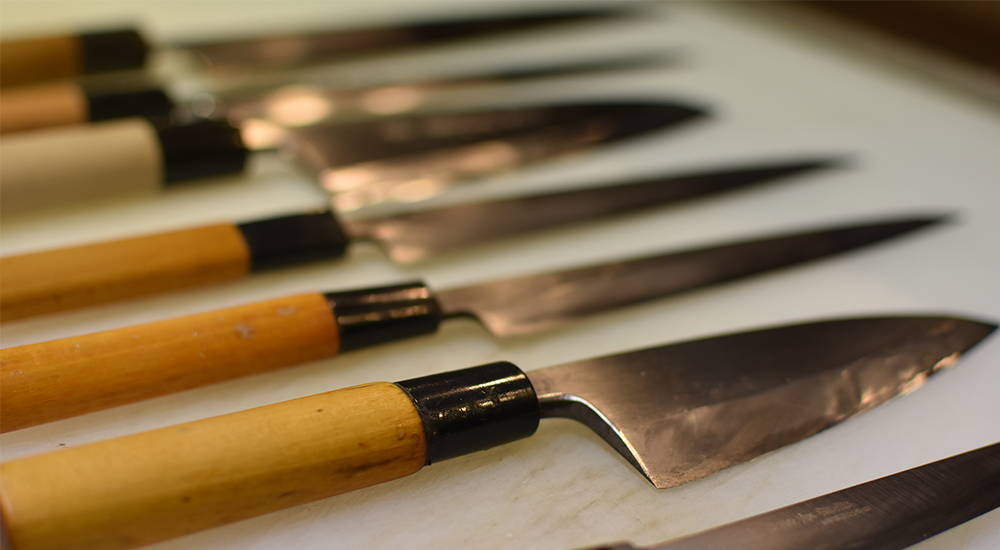 Arriving at his fourth restaurant, a high end Udon restaurant.
Chef Yoshimasa’s boss was only a year older than him. He had thought about opening his own business,
but with he 2008 financial crisis and difficult times ahead, he chose to save more money and learn more about the industry.

This is where he first learnt about Blue Steel and White Steel and began to appreciate his knives more. 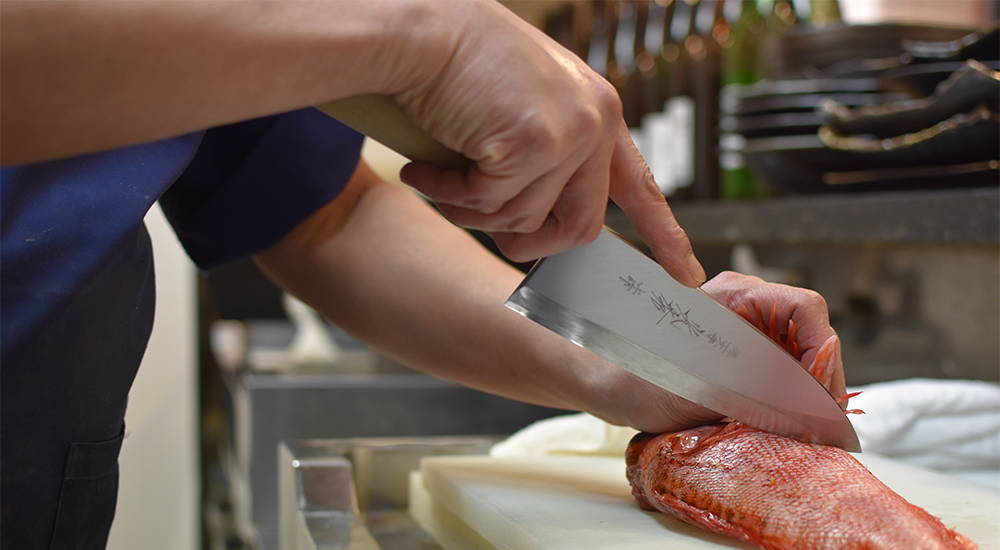 “After learning as much as I could at the Udon Restaurant, I was able to save enough money and open my own restaurant”

It was around this time that Chef Yoshimasa began investing in his knives and visited Sakai Ichimonji.

Chef Yoshimura muses that the first time he used the knife to breakdown are tough fish, he chipped the edge and thought to himself

It’s a common mistake by young chef’s , eager to try out their new blades they get carried away and end up damaging them.

How you use a knife is really important.

” In a smaller restaurant a 20cm Yanagiba is very convenient, originally i wanted a bigger blade, but found this size ideal for me” 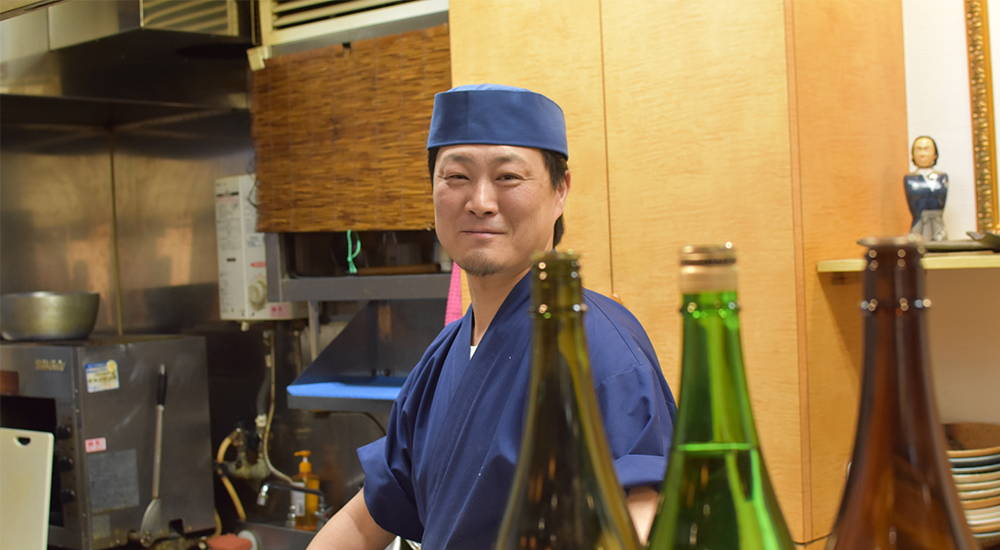 ” I think the only way to survive in a fierce battlefield is to specialize in something. Fortunately I was able to get high quality fresh fish and exciting sake to match”

Mr Yoshimura focuses on matching the food to the tastes of the customers, considering age ,gender and any special requests.

Because of Chef Yoshimasa’s dedication his craft, tools and patrons, the restaurant is more popular than ever.